In this series, I attempt to interrupt the objects’ original meanings. I physically alter broken and abandoned materials to create new forms that are alienated from their original purpose. Instead of concentrating on their symbolic or functional histories, I focus on how my perception of the objects physically changes over a period of time. By emphasizing evolving visual and perceptual qualities, I attempt to mask and then recode the objects’ meanings. Their new function is to be observed.

The work consists of three inter-related parts: objects, drawings, and paintings. Each part is a way of representing my visual understanding of these un-namable forms. The durational drawings function as technical studies, detailing the perceptual structure of the objects. They also serve as records of time spent observing, as the constantly moving natural light is recorded in progressive linear shadows. The panel paintings, in turn, are meant to function more as icons to the overlooked objects that surround us daily, with their shadows and reflections gaining a physical presence. The third component is the painted sculptures, where I painted my observations of the reconfigured objects directly onto themselves. The paint adds a second skin which covers and masks the original objects. While it remains a three-dimensional form, it is now observed through the illusion of the surface painting. 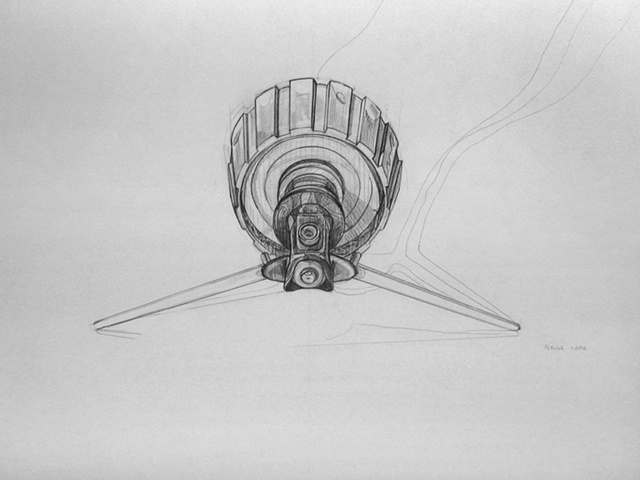 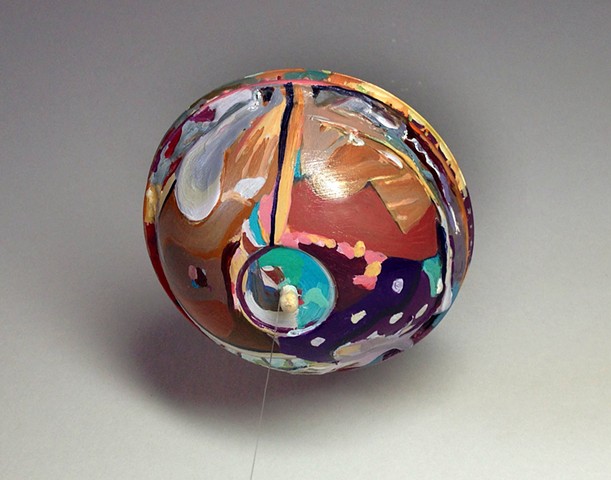 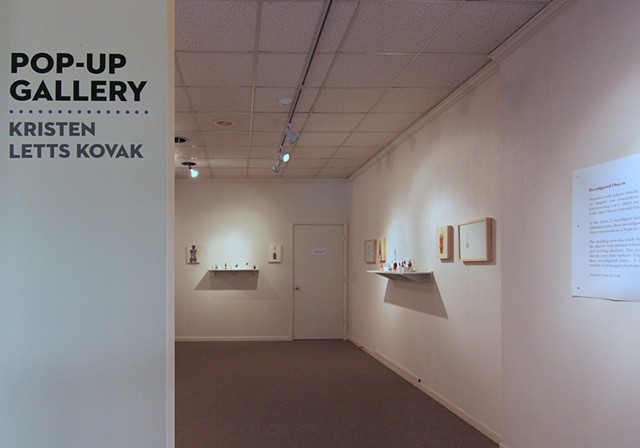